Staffordshire based boiler and heating experts, Phoenix Gas Services, have celebrated their move to new premises by hosting a grand opening launch event, with key partners, suppliers and VIP’s in attendance.

The company made the move to the multimillion pound Tunstall location in July of this year, which boasts offices, meeting rooms, warehouse space and car parking for their 100-strong team. Phoenix also has an office in Oldbury, West Midlands.

Attendees at the open day included a number of key stakeholders including suppliers, customers, charity representatives and other local people with close links to the business.

Guests were treated to a tour of the new facilities, refreshments and a ‘goody bag’ to take away with them. Phoenix Gas Services was formed in 1994 and has since grown to become one of the region’s leading boiler and heating specialists. The company majors in central heating, hot water and renewable energy services to both domestic and commercial markets as well as installations, design, servicing and maintenance services for local authorities, housing associations and private businesses.

The open day also saw the culmination of a competition launched by Phoenix Gas Services. The company pledged prizes totalling £3000 in three categories; a ‘Community Fund’ for a worthy community cause which was awarded to Men Unite, a charity encouraging men to discuss mental health or addiction issues.

Secondly, a ‘Peoples Fund’ for an individual or couple in need, which was awarded to a local elderly couple with a broken and old boiler, who were unable to afford to have it replaced before the cold of winter, and finally a ‘Worthy Cause’ fund which was awarded to CAFAG (Chell Area Family Action Group), whose aim is to build an active, healthy and sustainable community.

Following an official ceremony to cut the ribbon on their new premises, the competition winners were presented with their cheque.

The competition is a continuation of the company’s work towards helping charities and good causes. A representative of The Donna Louise Trust charity, a cause also supported by Phoenix Gas, was in attendance.

The official opening of our new premises was a great success. It was wonderful to see so many of our key partners, suppliers and friends, who have helped us to get to this point, in attendance.

We were also delighted to present the local charities with their prize and were delighted to host them here. Community and charity play an important part in the ethos of this company and we aim to continue in this vein. 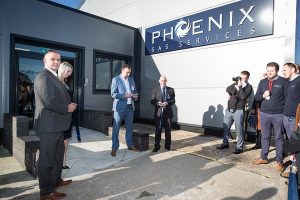 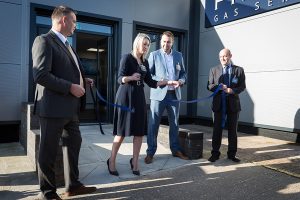 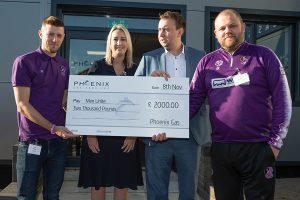 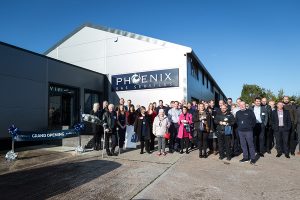 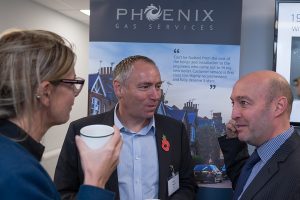 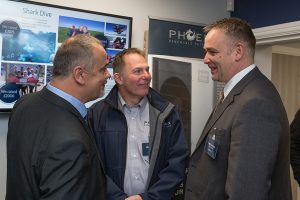 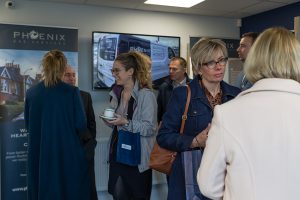 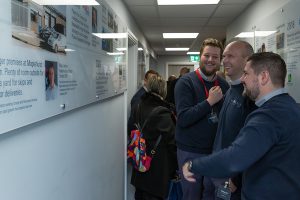 We’d love to talk to you about how we can help you get more from your home heating supply.